French guitarist, composer and sound engineer Jean-Pascal Boffo is the owner of Studio Amper (Clouange, Fr) where more than 300 albums have been recorded and produced since its creation in 1990.

In 1985, he became the first artist to be signed by prog-rock label Musea. His song « Invizible » was chosen in 2000 to be the theme song to France-Inter’s radio programme « Sous les étoiles exactement » and remained there for the next 13 years.

Since 1986, Jean-Pascal Boffo has released 12 albums. After “Le jardin des rêves”in 2020, Jean-Pascal’s latest release, In Spiral is due this coming May.

I listen and like a great variety of music but when I compose it’s a sort of (mainly instrumental) progressive rock, folk and jazz sometimes…

I’ve tried to find the good mix between progressive rock and electronic modern sounds using a lot of loops (created on guitar) and rhythmic textures. It’s a journey in the space… out of this crazy world. It’s completely instrumental with a rock section (real drums and bass) and a lot of electric guitars and electronic sequences

I always create “songs” based on improvisations, often started with my guitar and a looper. Then I add rhythmic stuff (drums, percussions…).Then I try to structure and develop melodies and harmonies until I find it can be interesting enough too listen more than 1 or 2 minutes…

This is the case when I compose electric music. But I made some albums mostly acoustic and a lot oof tunes completely created on the guitar when the inspiration says “hello!” ;-). On each record I call friends musicians that I appreciate and let them bring their ideas and creativity to complete the songs and surprise me !

I hope so !… Each of my records have différents forms and different musicians. Mainly instrumental but I introduced vocals on a few titles with different singers (female or male) in the last year. I’m turning around progressive rock and folk with sometimes a touch of jazz when playing with double bass and saxophone.What do you enjoy most about being a musician?

What I appreciate the most is the phase of creation and composition. When music comes through my instrument it’s always by surprise and with a kind oof magic… These are the best moments…

I prefer recording ! My main job is too be a sound engineer in a studio since 35 years ! I really love this job and every day I’m learning something new. The sound is a real passion at the same level as being a musician.

I think the best quality can only be heard on CD ! Of course now I listen a lot of music through streaming services, and it’s the best way to discover new music and musicians, but as a. sound engineer I never heard a better quality of sound than on CD’.

There are a lot but if you want an example, I can tell about the very first concert I saw (I was 15) It was Genesis when they were touring “The Lamb lies dow noon Broadway” (Peter Gabriel left the band 2 minutes later..) I was discovering the band and this absolutely blew my mind.. 30 years later I was invited twice to play solo concerts opening for “The Musical Box” (the cannadian cover-band of Genesis) when they were playing “The Lamb” !

As a guitarist, of course I was a big fan of Steve Hackett when I began to play, then and until now the most inspiring musicians are Pat Metheny and Bill Frisell. They are such great players but also very inspired composers always surprising and innovative. Always searching and so humbles which is a quallity I appreciate very much…

I don’t play a lot of gigs and I prefer being in the studio which is my laboratory… But if I had to play in other countries, I probably would be curious to go to Japan !

My new CD will be published in May and I just finished mixing it yesterday ! It’s very different from my last 4 records which were vey acoustic… Here I only play electric guitar + a lot of electronic stuff and there’s a powerful drums and bass section on all titles.. But I’m already thinking to new stuff for the next step !…

Just an advice if I can.. : Never stop listening music ! It’s very very important…and probably the best way to peace and healing… 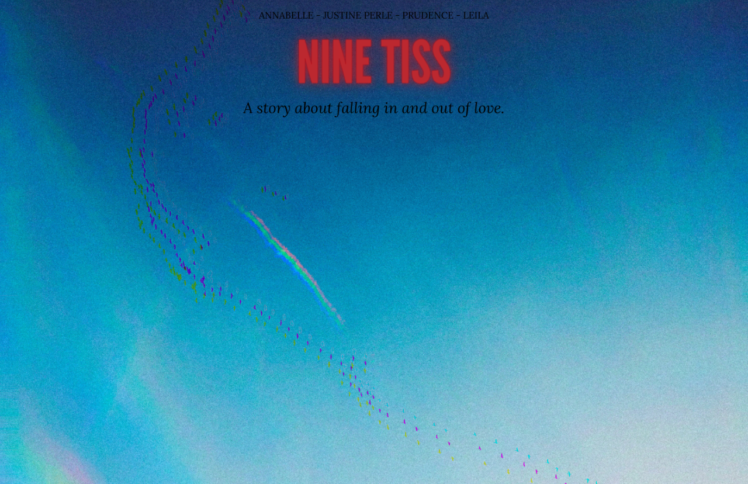 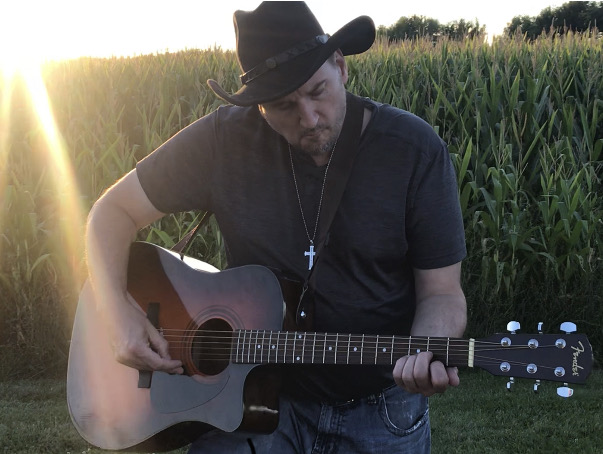