Hailing from France, Eldorado is an up and coming indie, bedroom-pop artist with a penchant for writing infectious tunes and relatable narratives. Inspired by internationally acclaimed Artists like Mac De Marco, Men I Trust, Yellow Days, Clairo and others.

Eldorado’s music journey began at the tender age of 6 where she started playing drums. Being an avid storyteller, Eldorado is greatly influenced by real life experiences, drawing inspiration for her music from personal experiences, allowing her to invoke strong emotions in people.

Apart from invoking emotions, Eldorado also seems to have a unique innate competency to ingeniously present music in multiple styles, all while maintaining a consistent brand.

A talented multi-instrumentalist, Eldorado plays drums, guitar, bass, keyboard and sing on all her original compositions. With big dreams and plenty of energy to spare, Eldorado wants to positively influence people with her music.

I started playing music when I was 6 years old. I used to tap out the beat in the car when I listened to music, so my parents suggested I start playing drums. I haven’t stopped since. I then learned guitar, bass, and keyboard on my own. During the confinement I started to learn about software and production, it was love at first sight! So, it’s been about a year that I compose.

I love the kind of songs that put me in a dreamy, positive, warm mood. Something that’s soaring too. I listen to a lot of indies, dream pop, bedroom pop, which I find in those styles. I also like the simplicity in the songs.

My last song is about unrequited love, something many of us have experienced ahah. It’s my first single and I’m very happy to have released it with a great team (groover obsession). The mood is quite sad but there is also the rage of the moment. I tried to capture the bittersweet, nostalgic side and to imagine the song with images. I wanted to show a filmography side, of the observed observer. It’s quite soaring, there are a lot of guitars with reverb, distant synths. I tried to mix it with 80’s drums which brings us back to reality of the scene.

This sound came quite instinctively. It’s not the case for the other pieces and what I find difficult is to have the distance on the piece, to have the right judgment. Working alone is great but it’s sometimes hard to deal with doubts. Fortunately, I had great people to work with and with that perspective.

I think I’m turning more and more to a synthwave side, with keyboards, 80’s drums. I still keep the same idea as in the beginning, with the chorused guitars, the superpositions of voices… It’s a slight change but I like this new idea!

What I like the most is to be able to meet a lot of people, to do different events. It’s always an adventure to arrive in a place and not know at the beginning where you are going to go, who you are going to meet, if it will be comfortable or not. That’s the mystery. Everything is changing and it’s both difficult and amazing to me. I like the idea of reinventing yourself all the time.

I’ve always played drums on stage; I’m used to being surrounded and a bit hidden. I like this position of accompanist too. So, I’m a little bit afraid to sing live. In the studio I’m alone, I record myself, so I don’t put any pressure on it. In live it will be something else. So, studio for now, and I hope for the future live ha-ha

No, I don’t have a preference, I like the idea of going back to a material object, which makes zapping more difficult. But on the other hand, I’m the first to love playlists and the profusion of discoveries they offer on platforms!

While recording my music, I started to publish any excerpts on networks like tik tok etc. At first, I didn’t think I would do it; I didn’t really trust what I was doing. And my friends told me to do it, and I did it. Just the fact that some people like what you do by yourself in your room I think it’s magical. And I like the idea of being able to make your music with other people, very talented people and being able to work together. For example, we shot a video with some friends of mine recently, who are in video, art direction… It was great to do that together and to be able to bring your passions together. Sharing it with a close circle of friends was really great. Translated with www.DeepL.com/Translator (free version)

I like several families of musicians, let’s say. Those who have an incredible voice, which is enough for itself. Musicians who make more produced pieces, like the weekend, the wallows. I also like those who put in a mood of relaxation, like rex orange County, yellow days, Mac DeMarco… A band I really admire are her’s, I love their vibe, their sounds, everything!

Yes, of course! I could see myself going to the US, but wherever I am offered I’ll go ahah. Are you inviting me?

I am currently working on the release of my second single, to be continued!

Thank you very much for having me, see you soon, I hope. Other sounds will come to accompany your summer, your rides on the coast and your sunsets, stay tuned!

Artist / Band:
Eldorado
EP or Album:
3 in the morning
Added to: 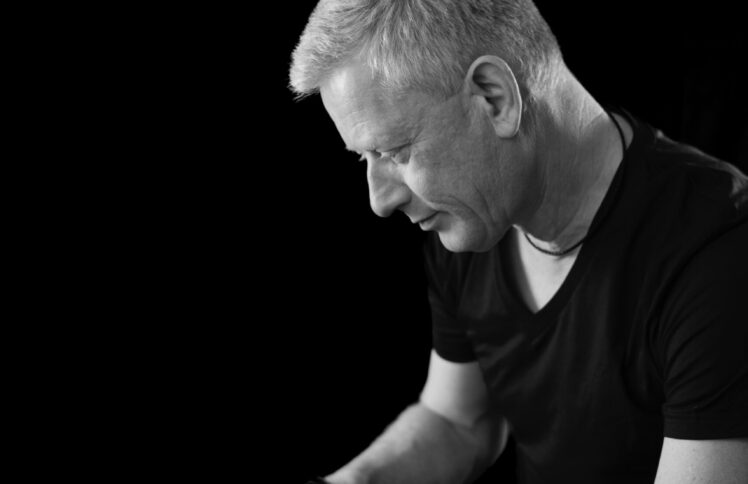